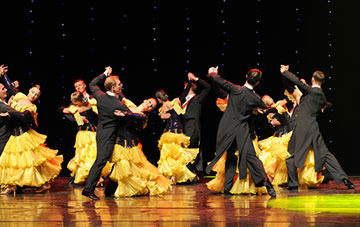 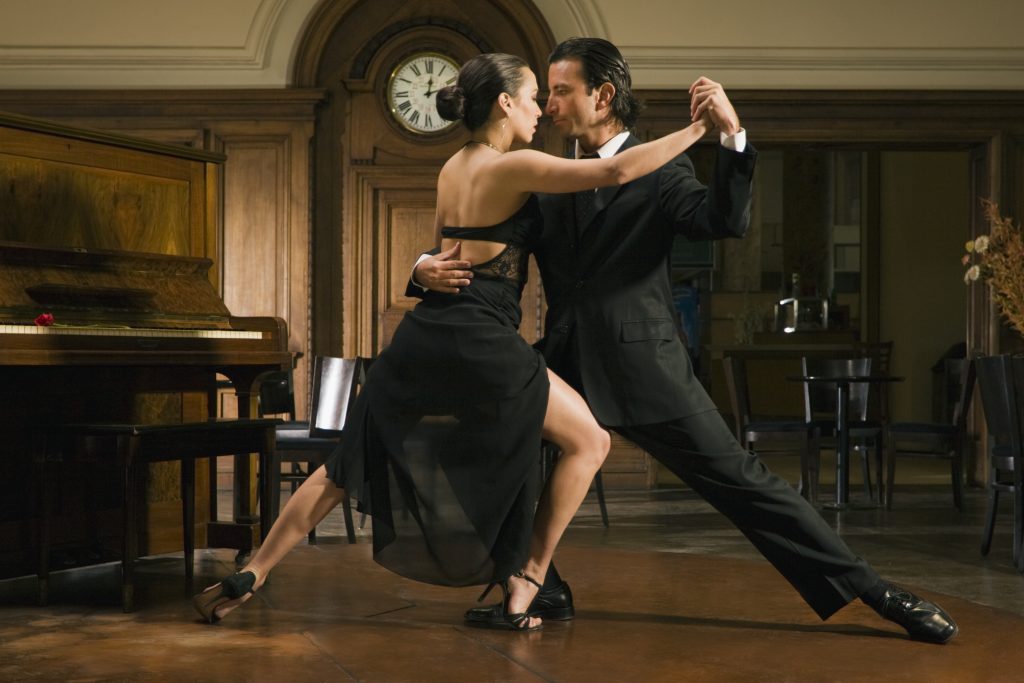 Group courses begin with Level I for beginners and advance in difficulty with each level. Classes are designed to progress each week building on the previous week’s material.  Each class will begin with a review of the previous week’s material before progressing. With this method, a participant may miss 1 class and still be able to participate comfortably. It is not necessary to bring your own partner, as participants rotate partners regularly to focus on “lead & follow” while reinforcing foot patterns and creating muscle memory.

This group series covers 6 of the more popular social dances. Make an impression and have more fun at weddings, parties, business functions, and on vacation!

Waltz is characterized by steps done in 3/4 time with an accent on the first beat of every measure. It is comprised of steps that rise and fall, sway, rotate, and have a pendulum action. This styling makes the Waltz beautiful and elegant.

Foxtrot is customarily accompanied by the same big band music to which swing is also danced. From the late teens through the 1940s, the foxtrot was certainly the most popular fast dance and the vast majority of records issued during these years were foxtrots. It is characterized by a slow-slow-quick-quick rhythm.

Cha-Cha originally from Cuba, is a sensual and energetic dance with a syncopation of the 4th beat. It is danced to authentic Latin music, Pop, or Rock.

Rumba derives its movements and music from the Cuban Bolero-son. It involves a hip-sway over the standing leg, steps are kept compact and the dance is danced with the use of free arms in various figures.

East Coast Swing is a standardized form of dance based in six-count patterns that are simplified forms of Lindy Hop. East Coast Swing has alternatively been called Jitterbug, American Swing, Lindy and Triple Swing.

Tango is a mix of other social dance steps with the Argentine Tango style. Today, American style Tango allows its dancers to separate from closed position to execute open moves, like alternate hand holds, dancing apart, and side-by-side choreography. 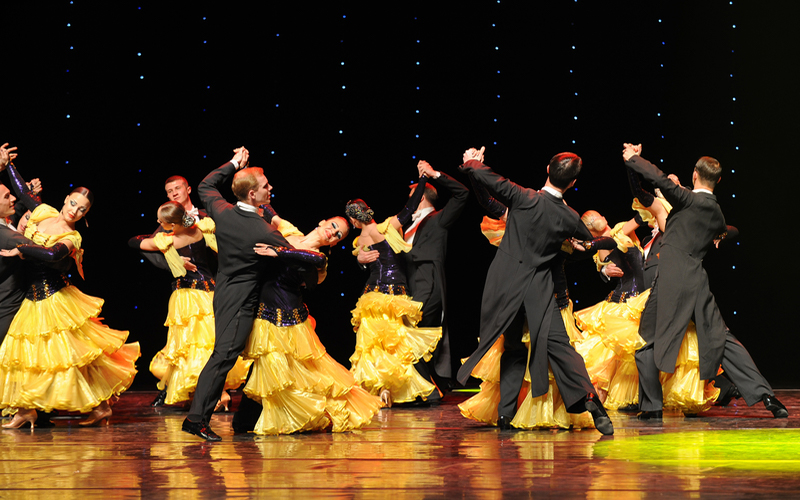